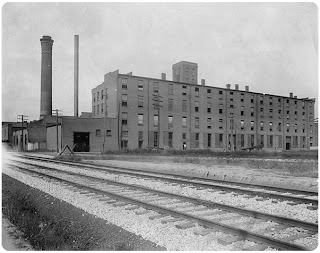 Is MSD's Plan to Demolish 128 in West Louisville Good? 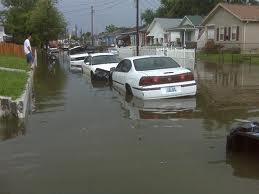 MSD has a plan to buy 128 homes in west Louisville around Maple and demolish them. That area of Maple street is in a low lying area was hit particularly hard by the historic August 4th flood. Many of the homes in that area sufferd severe flood damage. According to an article in the Courier-Journal, the area has a a lot of impervious surfaces, it is not in a flood plain, and it sits a top of one of Louisville's largest combined sewers.

The question that I have that nobody has raised is simple, do we need to tear down 128 homes to fix a flooding problem that was caused by a once in 100 year rain event? Could the $9 million in grant be used instead to improve the neighborhood and may be fix the flooding problem in other ways? From the way the article reads it sounds like the real objective is to tear down a large part of the California neighborhood  so MSD can build an underground storage basin. As of now MSD doesn't know what they will do with the soon to be 15 acres of green space. Why tear down a large part of the California neighborhood if you don't know what you're going to do with it? Are there other ways to fix the "flooding" problems?

I first learned about the MSD project over a year ago. I was skeptical then and I still remain so. The California neighborhood isn't the only neighborhood MSD has planned to tear down. They also have plans to tear down large portions of Shawnee, Portland, and the area around Churchill downs. Why don't they have plans to demolish any areas in southern Louisville where flooding is more rampant?

I'm not saying that Louisville doesn't have a flooding problem, but I think there may be other ways to fix them and build stronger neighborhoods at the same time. Why not use pervious pavement in those areas to allow rain water to soak in the ground instead of into the sewer system? In the older sections of town we could back to brick sidewalks that would not only allow rainwater to seep into the ground, but it would also slow it down from running into the sewer system. Maybe use of more rain gardens and tree lined streets? We could also explore removing the asphalt in some of the older parts of town and go back to the old brick streets or maybe just the alleyways?

What worries me is that there has been zero discussion. ZERO. And all of the area slated to be demolished are in poor areas of town where resistance from the populace at large would be low. MSD doesn't even know what they will do with land. Will they sale it? Will it be permanent green space? I can almost guarantee the land around Churchill Downs will be sold once the poor folks are removed and the "flooding" issues are fixed. In light of the recent problems that MSD faced I think there needs to be a lot more discussion. A lot more.


Posted by Haven Harrington III at 9:26 AM 3 comments: