The city has recently announced that they have purchased 30 acres of land in west Louisville for the purpose of economic development. The city intends to market this land to potential developers for the purpose of light industry, manufacturing, and distribution. Several weeks after making the announcement city officials held a forum at Shawnee high school to discuss what they plan to do with the property.

City officials re-affirmed their stance that they will market the property for light industrial, manufacturing, and distribution only. They will list the property in trade magazines and highlight the fact that the property is close to rail, the river and the expressway. They also said that they do not want to subdivide the land and that they want to sell it whole. Many of the people who attended the forum (most were from the Shawnee neighborhood) seem to have deep reservations about the city intentions. Many residents expressed fears of polluting industries moving into the neighborhood, increase noise and truck traffic, will the development keep with the dense urban design of the neighborhood, will it be possible to have retail as a part of the development, and will residents have a say as to what businesses move into their neighborhood. The city officials attempted to calm the fears of the residents by stating that their number one goal would be to find good sustainable jobs, that the city will look for low to non-polluting businesses if possible, and we wil make sure that the business will bring good jobs with good wages.

Basically, trust us, we know what's best for you.

The city officials made it clear that the neighborhoods will not have a say as to what business moves into their neighborhood. The reason being is that negotiations like these are usually done in private. They did say that when they have something signed they will advise the business to have meetings with its new neighbors. When asked about the design of the development and will it fit in with the dense urban character of the neighborhood they answer was the are doesn't have a design overlay, but they will see what they can do. Basically, no.

The residents weren't against light industrial businesses, jobs, manufacturing, or distribution. They just wanted more for their/our neighborhoods. We can create jobs, but we wanted businesses that fit the character of the neighborhood, that would pleasant to look at and live with. After all, the 30 acres of land is in the middle of 3 residential neighborhoods.

I spoke with several residents after the forum and they wanted to know why can't we subdivide the land. Some of it can be for what the city wants. The other parts could be used for much needed retail, perhaps a west Louisville haymarket, and mixed use mixed income housing.

Maybe we can build something like they have Charlotte  NC where they converted several old warehouses into concert venues and outside concert venues/plazas. Granted the warehouse on this location has been demolished, but an open air concert venue and amphitheater ( like the one at Iroquois Park) would be great. Then you could also add an west Louisville Haymarket that would serve the 3 neighborhoods that border this particular piece of property (Russell, Portland, Shawnee) 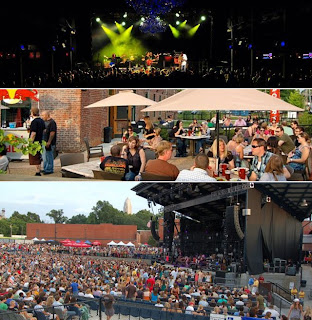 You could surround the property or at least build on the market street side Mixed used/Mixed income housing. There are several examples of great mixed income housing like what is at Park Duvalle or perhaps this low income project that is being built in DC..

or maybe this mixed income development from Portland.. 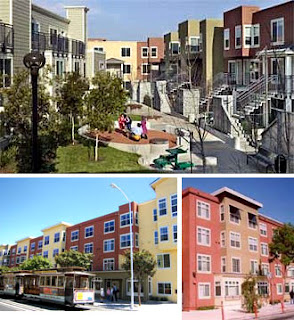 I know the city is hellbent on only attracting manufacturing, light industrial businesses, and distribution which is cool. But why not focus on targeting green companies? The city has stated several times that they want the Portland neighborhood to lead Louisville's green revolution. There are $500,000 in loans for this purpose. If that's the case then why not start with this 30 acres? What could be better? You could couple these developments that I have mentioned above with a company that processes organic vegetables from local farmers. Maybe couple these projects with an urban farm project that grows vertically. Why not invite businesses that are the future? We all know that green jobs/manufacturing is the future. Vertical and urban farming methods are the future. Why not invest in those companies? Why is the city so determined to focus on industries whose time has come and gone? If you truly wanted to bring Louisville into the 21st century then invest in 22nd century businesses models.

This project could be a win/win for everybody. If the city had said we are looking for green companies, and we will put together packages to make that happen then I believe the neighborhoods would be behind them. If the city had said we want green companies plus any of the other possibilities that I mentioned above  the city would have gotten our support 110%. But it seems the city doesn't see it that way.  Its just business as usually.

Posted by Haven Harrington III at 12:56 AM 9 comments: