There They Go Again... 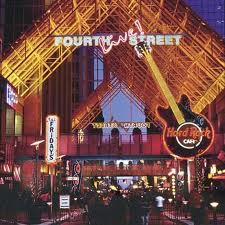 4th Street is at it again. Will Green, the CEO of So Fly ENT, attempted to hold an event at the Makers Marks Lounge and needless to say once he showed up Markers Mark showed out. You can read Mr. Green's account of the situation on his Facebook page.    This isn't the first, second, or third time 4th Street Live has been accused of racism. This also seems to be a trend of Cordish owned "Live" districts.  The KC Live district in Kansas City has been the object of numerous complaints about racism.

Where do we go from here? I understand the desire to boycott 4th Street Live, and talk about changing the culture there, but I'm not sure that will solve the problem. We can talk to the owners and managers and they will promise to change their ways. Black promotors will have more opportunities to hold events at 4th Street and prove that Cordish's fear of young black folks are unfounded. I understand those sentiments, but it almost feels like we are begging to spend money at an establishment that has shown it doesn't want us.

I understand where the black party promotors are coming from. Louisville doesn't have an upscale black club besides Jazzy Blu. Where else are they suppose to go and hold their functions? Personally, I would love to see a group of black party promotors get together and use the spot light that they have now and open an upscale bar/club south of 4th Street. If 4th Street Live does not want your business fine. We can start out own thing.

I know we are suppose to fight for equal access, but I feel we need our own space. Martin Luther King faced the same dilema (granted on a much larger scale). He wanted an end to segregation, but still wanted black folks to keep their businesses and institutions at the same time. I think we can do both as well.

Can Artist Save West Louisville?

In my last post about revitalizing West Louisville I proposed that we copy the Paducah, KY model with our own Artist relocation program. Here is a video about Paducah's program. If they can't do it why can't we?

Here is an article by an artist who moved to Paducah and renovated one of those old Mansions and his experience with the program  (part 1, part 2, part 3). Thoughts?
Posted by Haven Harrington III at 5:03 PM 2 comments: