From Ferguson to Louisville with Love 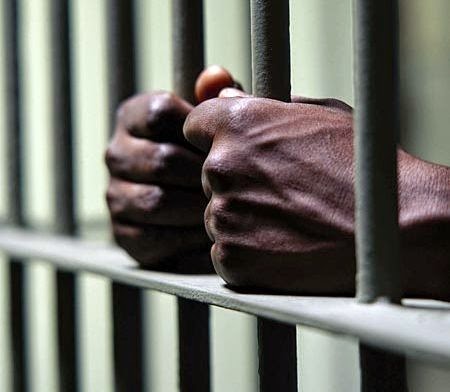 What does Louisville and Ferguson, MO. have in common?  The prison pipeline and the hopelessness it creates.  According to the Center for American Progress African-Americans are no more likely to either sell or use drugs than Whites, but 1 in 3 people arrested for drugs offenses are African American. 70% of students referred to Law enforcement and arrest were Black of Hispanic. People of color make up 30% of population, but make up 60% of the prison population. I could go on and on, but I won't. I think you get the idea. And for those who think that this doesn't happen in our city I give you the Frontline special about Beecher Terrace housing projects. In that Frontline special it details how almost everyone in Beecher Terrace will have some interaction with the prison system.

Don't think this is just Beecher Terrace, because its not. I'm sure if you look at JCPS stats on suspensions, students referred to LMPD, kids suspended you will see the same patterns. African American kids will be many more times likely to face harsher consequences for similar acts than their white counterparts. I'm sure if we did a study of the number of people arrested for marijuana use you will see that most of them will be African-American. Despite the fact that we use drugs at the same rate and levels as our white counterparts. In fact, several studies have pointed out that Whites actually sell drugs at a higher rate than Blacks, but by looking at the prisons you would never know that.

I know that there are people who will say that "If blacks didn't commit the crimes then they wouldn't go to jail" or "If we hold ourselves beyond reproach, and do the right things then it will be all right."  I call BS. Study after study has shown that blacks commit crimes at nearly the same rates as whites. We just go to jail and whites largely don't. We as a nation/world have been condition over centuries to view African-Americans as criminals, violent, over sexed and dangerous. This isn't something new.

This is why movements like #BlackLivesMatters, that started in Ferguson, are so important. They not only shed light on the dual problem of racism and the prison industrial complex, but they put much needed pressure on the authorities to actually do something about it. These are problems we can't ignore away, or hope that if we behave correctly then they will change. History has shown us that will not work and will just lead to the status quo.

I hate that Trayvon Martin, Eric Garner, and Mike Brown and others were killed because of the duality of racism and prison industrial complex, but their deaths gave birth to a movement. From Ferguson, to Louisville, to the world, with love. #BlackLivesMatter.