The Case for the Market St. Streetcar Line 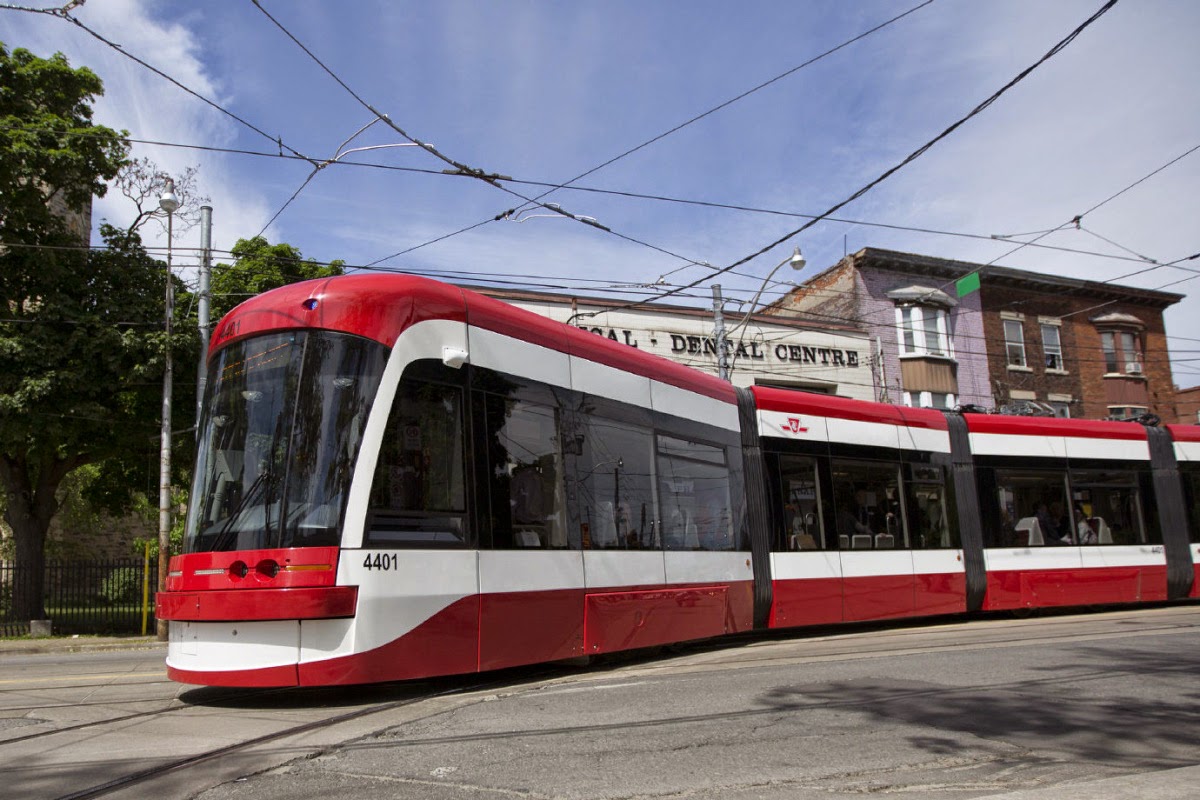 I am a big fan of streetcars and their potential to have transformative effects on neighborhoods and cities as a whole.  I am so much of a fan and believer that I have written several post on why I think they can and will work in Louisville and I also started the Louisvillians for Modern Mass Transit Facebook page to promote the idea.

However, even with all of the evidence that suggest that streetcars are in fact a great driver of economic development, urban development, and mobility there is still a lot of resistance. The main criticism seems to be that it's too expensive. If you look at what Cincinnati is spending for their new streetcar line I can see why that is the biggest critism. Cincinnati's Over-The-Rhine/Downtown streetcar loop will cost around $102 million and will cover approximately 3.6 miles (link). That is just to build it. That price doesn't include the estimated $2-2.5 million to run the Streetcar system each year. The Market St. streetcar line idea is almost double that. It would be over 6 miles long, from one end of Market St to the other. In theory it could cost Louisville around $180 million plus for a line that long. In theory. However, there is a smarter way. There is a better way.

We can do a full Market St. streetcar line for a fraction of the cost that other cities have spent. But before we get into how we can build a system at a fraction of the cost lets do some back of the napkin numbers on how much a new streetcar system would be. To lay brand new track you are looking at an average cost of $2 million per mile. The catenary lines (the overhead wires that power most modern streetcars) cost about $3 million per mile. The streetcars themselves average $6 million per car. I don't have an average to build the trolley barns and other maintenance facilities because those vary widely depending location and other things. If we use Cincinnati as an example we can easily see why their system cost $102 million. 3.6 miles of track (I'll round up to 4 to make the math easier) on average would be $8 million just for the track. Then you add another $12 million for catenary, and $36 million for the 6 cars that they ordered. You're already up to $56 million and that doesn't include the trolley barn and other maintenance facilities. That price also doesn't include extras you may add to spruce up the visual appeal of your stations (if you them), etc.

Now that you have a pretty good idea of the just the baseline cost of putting in a streetcar system here is how we can do it cheaper. The first way is to reduce the cost of laying track. We do that by reusing the existing track. Louisville use have one of the most advanced streetcar system in the United States. Much of that track is still buried beneath about 1-2 inches of asphalt. Over the years a lot of the old track has been dug up or it was torn out. Much of the track under Broadway was torn out and used for the war effort in the 40's. However, most of the track under Market St. is still there. When Dallas first started their streetcar line ( granted it wasn't the city of Dallas, but a local non profit organization that got the ball rolling first) they used the old track whenever possible. From talking to officials in Dallas it cost them on average $79,000 a mile to use existing track. With almost all of the track still intact under Market St that would be a tremendous savings.  That would bring the total cost to repair and fix the rail for the 6 mile Market St. line to $474,000. Let's round up to $500,000 and add another $1 million to repair sections of the line. That's an estimate of $1.5 million for the track.

We have the track, but what about the streetcars themselves? Here we have several options. We can buy new cars or we can get used cars. The city of Toronto is about to surplus all of their existing streetcars because they are buying new ones. Most of the Toronto's streetcars (know as CLRV) 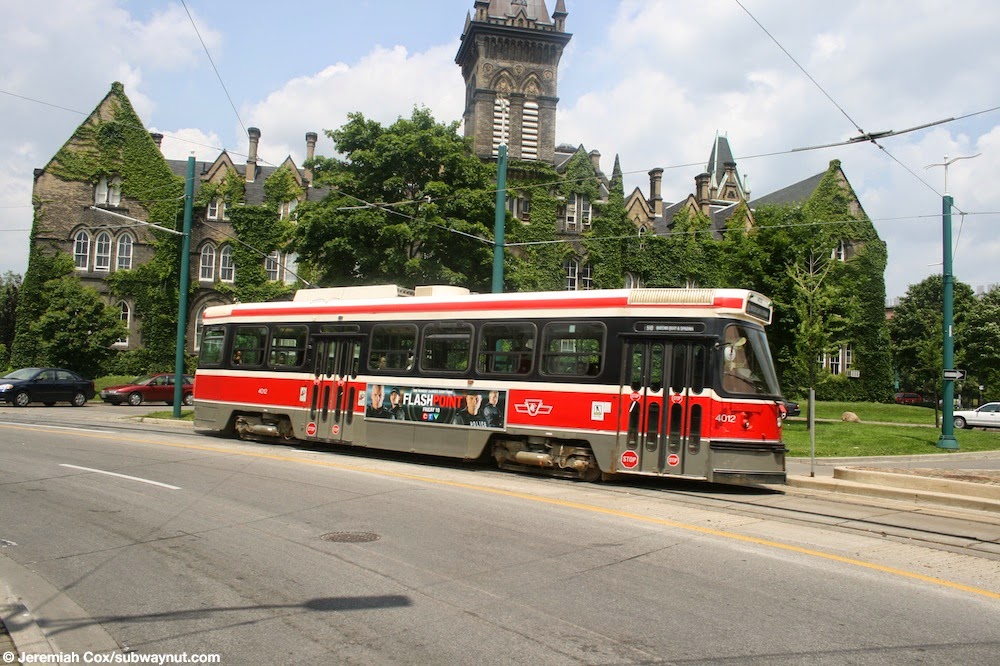 were built in the early 80's. They are also not as wide as the track we have in Louisville. We have had preliminary discussions with officials in Toronto and believe we can get 10 cars for around $10-30,000. We would then have to ship them to another company to have them retrofitted to make them ADA compliant, add AC, Wifi and refurbish them. The estimated cost per car would be $60,000. We estimate that it would take 10 cars to run a good streetcar line. If we average the price of the cars (when fully refurbished) to $100,000. We are looking at $1 million for all 10 cars. If we use the Toronto CLRVs we would also need the catenary at a cost of about $18 million. That would bring the total cost of the Market St. line to around $20.5 million. What also makes the Market St, line so attractive is that both of the original trolley barns are still there. We wouldn't have to build from scratch.

That would be option 1, but there is another option where we use existing track, but with brand new streetcars. This would be much more expensive, but still a lot cheaper than what other cities have done. The cost for the line and new streetcars would be the same, except we would use brand-new hydrogen powered modern streetcars. These hydrogen powered streetcars don't use catenary so that would eliminate $18 million, but the price per car would be around $6-7 million. According to TIG-M, the company that makes the streetcars, they design an almost 100% green system. The total price of this system (not factoring in the hydrogen generators and various solar arrays) would be $61.5 million. That's pricey, but still cheaper than cities and may have a much lower operating cost over time because the streetcar system itself would be generating much of it's own power. 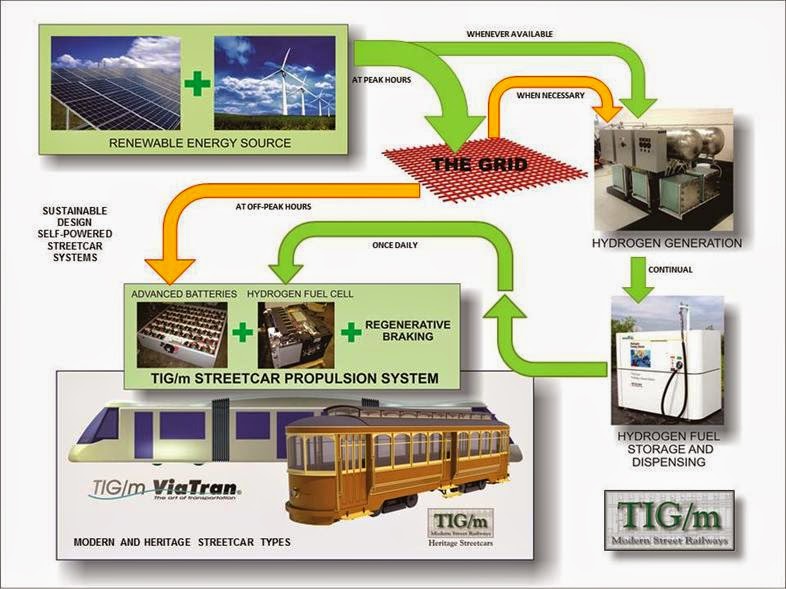