In part one of my series on revitalizing west Louisville I talked about micro-lending and bringing back the forgivable second mortgage. These are two things that can be done relatively quickly to stabilized some of the neighborhoods in westren Louisville. This fix will not work overnight, but it would be a good start. That was part 1. In part 2 I want to lay out the framework for west Louisville's renaissance.

If you are going to revitalize a city, or a large section of the city, you need a plan and you need to work your plan. The plan has to aspirational and realistic at the same time. It should also build on what the area/city has traditionally done well and expand on it. More importantly it has to be geared towards the future. The plan has to put you slightly ahead of the curve to maximize growth potential. You don't want to bank on old style manufacturing that most likely is not coming back from China. You also don't want to place all of your bets to far ahead of the curve because it could be several decades before you see the fruits of your labor if at all. Lastly you have to be willing to try something, fail, and then try something else. This last point is the most important. You have to keep trying. We in Louisville, for the longest time, gave up on whole sections of the county. Not just west Louisville, but southwest Jefferson Co. as well. Now it's beginning to catch up with us. Let's change that.

Like any economic development plan I want to focus on several core industries I think we can really exploit to help revitalize west Louisville. They would be: Film/TV/entertainment production, Organic food/ "Green" industries, Sports, Keeping the Promise, and logistics. 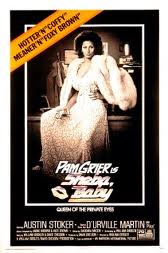 This might be a head scratcher to some folks, but if you've read any of my past post from the Russell neighborhood blog site you know that I am a big fan of Louisville's potential here. This is such a natural fit for the city and west Louisville. What makes this such a natural fit for west louisville ( and in Louisville in particular) is that we already have the foundation built. The feeder system is already in place. We have several performing arts schools in YPAS, Lincoln Elementary and Western middle. The University of Louisville has the African American Theater program which is the only place in the country where you can get a masters in African American Theater and Simmons College is starting a film school. The only thing that is missing is direction. We need a west/Louisville film commission to get everybody on the same page and to come up with a coherent strategy.

The great thing about the film industry is that this industry is expected to expand in the next couple of years, and Louisville has proven that it can make films. In the early to mid 70's There were several films made in Louisville including Abby (the black exorcist), Sheba Baby staring Pam Grier, and several more. Currently Louisville is home to Hart-Lunsford Pictures. This is something that we can definitely do.  However, if we do this we need to focus on more than just feature films. There also needs to be a focus on the internet only productions, plays, and the arts in general.

It will be hard for Louisville to compete with other cities in attracting big hollywood productions. We just don't have the talent currently to compete on a consistant basis. Louisville may have a ton of actors, but we don't have the grips, cameramen and the like. This will take time to build. But we can jump the start process.

We need to copy what Paducah, KY has done to attract artist. Paducah $2500 reimbursement for any design or renovation cost involved with the purchase of certain properties, plus 100% financing for the  purchase or renovation of an existing structure or the building of a new structure. They also give land for and dilapidated houses for $1 to help relocate artist. West Louisville needs to copy the Paducah artist relocation program. West Louisville has a ton of empty houses and vacant lots. We could copy the Paducah program and enhance it with the forgivable second mortgage I mention above and the micro-lending program. The city could also work with local businesses and start a venture club for the arts industry.